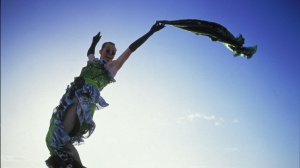 Back in 2000 I commenced as a Prison Chaplain at our local prison, a bit raw and apprehensive in a strange new environment. This was at the old jail which was basically a load of cage-like open yards, each enclosing a lawn area surround by the inmates’ units. The yards were in turn arranged around a large open area containing the admin blocks. The chaplain’s office opened onto the open area.

One morning, only about a month after I started, I got word that a young guy wanted to attend our Bible study that afternoon, so I decided to go down to his yard and check him out. When I got there the guy who came to meet me was a young aboriginal guy, very effeminate, could have been a black version of Priscilla, Queen of the Desert. I invited him up and went back to lunch and then awaited the afternoon study.

After five or six guys had arrived and were making a coffee (in those days we enjoyed such freedoms) I stepped out of the office to see where our new attendee was, only to be confronted with the spectacle of him coming across the open area accompanied by wolf-whistles and jeers from the surrounding yards. About ten metres from the office he whisked off his outer shorts and, waving them about his head like Priscilla herself, minced into the office. I shut the door and thought to myself, “This is going be interesting.”

Fortunately the guys already there where a bit maturer and welcomed him, making him a coffee. Then the question came.

“What does God think of gays?”

To which I replied, “It’s not a matter of being gay or straight. It’s a matter of whether you have a relationship with the God who gave you life.”

And that to me is the bottom line. There is a God whose first thought toward us is one of love, not one of rejection and judgement. “For God so LOVED the world that he gave …. (John 3:16). There is a creator who loves and then gives, so that He can enjoy us forever. For sure that relationship is on His terms. We need in response to drop our rather life-less independence and to get to know Him, learn to love both Him and His ways. But from His side there is nothing standing in the way.

He longs for relationship. He longs to bring Priscilla out of her desert … and give him a life.

Hi. I’m Phil. I’m married to Esther and we’re a part of a great group of ‘backyard believers’ in beautiful Yeppoon on the coast of Central Queensland, Australia.

Over the past few years we have been on a journey out of church a la Constantine to church a la New Testament – exploring  more relational ways of ‘being’ rather than ‘doing’. We have a passion to see the church restored to her true apostolic foundations and a simpler, more authentic way of being Christ’s community on earth. Go to ‘ABOUT” and you can get the rest of the story.

Now semi-retired I share my time between helping to run the local Salvation Army Family Store and the local community radio KeppelFM 91.3, and editing the Australian Oikos magazine. You may find references to these in our ramblings.

What is Simple Church?