It is with a certain fearfulness that I respond to your inquiry, for I am not an authority on such things. I can certainly relate to your reluctance at being identified among the company of the prophets when so many false apostles, prophets, and teachers abound. I wish I could point you in a proper direction, but I can only point you towards the Lord. It is He who selects His messengers, and I have nothing to offer you by way of what to do.

At most, perhaps you can look upon me as an example of what NOT to do, and take some word of counsel from a weak brother who has made many mistakes and endured many failures along the way. Perhaps you too will have to make even the same mistakes in order to learn, yet following my advice could perhaps help you to avoid the unnecessary heartache and cruelty inflicted upon yourself and others when thinking that you are doing God a service.

I would counsel you, first of all, to be a Christian. Do not spend too much time focused on that which is prophetic. Do not come to others as a prophet, but as a child. Let Christ be your obsession, not the prophetic word. For “the testimony of Jesus is the spirit of prophecy.” There need not be turmoil in your heart about your calling; it is clear that you are among those that are “the Called, according to His purpose.” And what is His purpose? That you be “conformed to the image of His dear Son.” That, above all, is your first calling.

Many are eager to wear the Prophet’s mantle, but are reluctant to bear the Christian’s cross. This cannot be. Given the choice between Christian or Prophet, choose Christian. Serve God as the earthen vessel you are, in the place you find yourself to be. Perhaps the Lord will indeed use you in some prophetic way, but if not then at least you have been faithful with the “one talent” you have been given. God will not give five talents to those who cannot be faithful with one, and will not give ten to those who cannot be faithful with five.

If you are a Christian first you will remember that END_OF_DOCUMENT_TOKEN_TO_BE_REPLACED

This a helpful parable from Robert Fitts about the role of leaders in the local church. 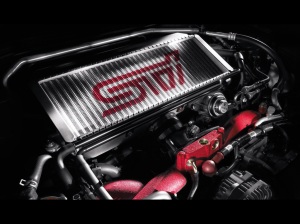 The apostle, prophet, evangelist, pastor, and teacher are servants to the Body of Christ to act as initiators (starters) to get the body functioning. Just as the starter motor disengages as soon as the big motor starts, so it is with the wise leader. If he stays engaged he will burn out, just as a starter motor would do if it did not disengage after starting the big motor.

As long as the little starter motor is trying to move the car by the power of a single battery, the car will never function as it was designed to function. It is only the 350 horsepower motor that was designed to move the car, and it is only the Body of Christ that has been designed to build up the Body unto the measure of the fulness of Christ. Only as the Body of Christ is released to minister to itself will it ever attain unto the fullness of the maturity in Christ.

Robert Fitts – The Church in the House (a Return to Simplicity) www.robertfitts.com

Goodbye Pastor Phil, hello Pastor One-Another (some more thoughts on the function of the pastor)

Considering the prominent place of the Pastor in the makeup of the modern local church scene (though dating back to Constantine), it is surprising how little the New Testament has to say about such an individual. Practically nothing. The word ‘pastor’ is used once and it is in fact almost impossible to find a clear reference in the New Testament to a local church led by one man.

Mind you, it is also hard to find a local church that looks anything like what we’ve come to know as a local church today – a distinctively named assembly (such as Keppel Coast Christian Fellowship) with its own vision, building and man in charge.

Rather what we find are churches that embrace the whole city, with no separately owned ‘church’ buildings and a plural eldership belonging to all.

And a style of pastoring that did not seem to centre around any special individual but was spead out between ‘one-another’.

Not that the early church lacked leaders but there is very little exhortation in any of the epistles for believers go seek out a leader for advise, counselling, healing or encouragement. Rather the exhortation is to practise this stuff on ‘one-another’. Over 60 times this (or a similar) expression is used in the apostolic letters.

Here is an example of the ‘one-anothers’.

Note that the apostles felt that the saints were quite competent to teach and instruct each other, correct each other, hear each other’s confessions, pray for their healing,  encourage each other, build each other up etc etc. They were well equipped to pastor one another.

John, in facts, encouraged them to believe that each of them had ‘an anointing from the Holy One, and all of you know the truth.’ (1 John 2:20) If this is so and such a hidden and under-used anointing exists in the body of Christ then the task of the ‘fivefold ministries’ is surely to encourage its release.

Considering the huge burn-out rate that exists is in traditional pastoral ministry perhaps those in ministry would do a great service, both to themselves and to the local body they serve, by

I suspect that the result of this would be to release  leaders to spend more time seeking each other out , seeking the Lord together and exploring ways to advance the Kingdom within the city (Acts13).

In order for that to happen perhaps the great need of the local church is not another Pastor Some-One but the release of Pastor One-Another.

Hi. I’m Phil. I’m married to Esther and we’re a part of a great group of ‘backyard believers’ in beautiful Yeppoon on the coast of Central Queensland, Australia.

Over the past few years we have been on a journey out of church a la Constantine to church a la New Testament – exploring  more relational ways of ‘being’ rather than ‘doing’. We have a passion to see the church restored to her true apostolic foundations and a simpler, more authentic way of being Christ’s community on earth. Go to ‘ABOUT” and you can get the rest of the story.

Now semi-retired I share my time between helping to run the local Salvation Army Family Store and the local community radio KeppelFM 91.3, and editing the Australian Oikos magazine. You may find references to these in our ramblings.

What is Simple Church?